Flowcrete India has been involved in one of the world’s largest continuous raft concrete pour projects, at the Andhra Pradesh Secretariat and Head of Department (HOD) Building.

Andhra Pradesh’s new government office complex in Amaravati, the state’s new capital, will house the state secretariat, assembly and high court alongside a host of government departments. This development required a massive raft foundation in order to support the site’s five towers which, with a maximum height of 225 meters, will become the tallest administrative buildings in the country.

To make sure that the concrete used to create the HOD buildings is of the best standard possible, Flowcrete India has supplied specialist admixtures and curing aids designed to produce superior concrete. The polycarboxylate based super plasticizer Plastol 3630 was added into the concrete for three of the project’s raft foundations, as it is ideal for creating strong concrete with a good flow rate of about 650-700 mm. As well as the acrylic curing compound, Eucocure VOX WHITE was also used to maintain the moisture content in the new concrete, thereby accelerating the curing process.

The scale of the project is exemplified by the vast quantities of concrete that will be required, as each tower will use approximately 11,000 m3 of high grade concrete (applied in a single pour) and around 1,250 tons of steel reinforcement. In addition, the rafts for the five towers will consume 55,000 m3 of concrete and 6,500 metric tons of steel.

In fact, the pour for raft 3 was so large that it broke records! 10,860 m3 of specialist concrete mix was applied over a 58-hour period, making it one of the largest pours of its type ever. This is a temperature controlled concrete maintained at 24 ºC -27ºC and thermocouples were installed at different points to monitor the concrete’s temperature. Throughout this epic pour Flowcrete India’s experts were constantly on the site so that the execution teams had all the information and support necessary to carry out such a mammoth task.

Thanks to the specialist building materials and expertise that has gone into this building, when complete the new HOD complex will feature India’s first diagrid buildings without the conventional columns required to support such large buildings, creating a wide and open interior space. The building aims to achieve IGBC certification on completion. 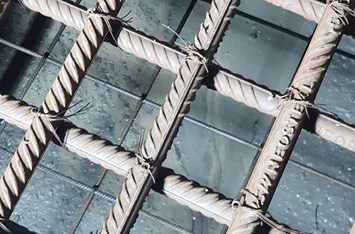 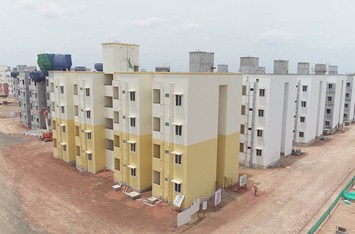 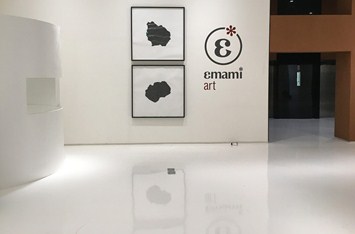 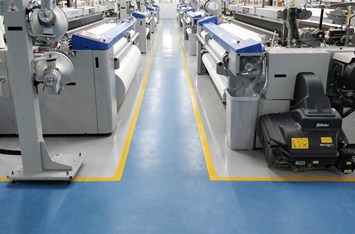 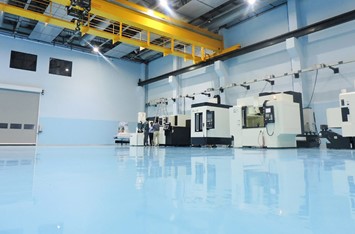 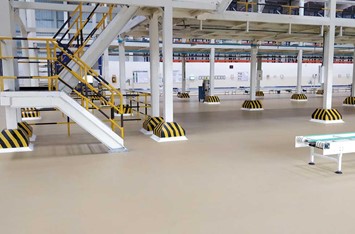